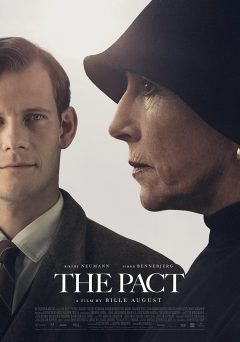 Danish Drama directed by Bille August about the intense friendship between Karen Blixen, the Danish author best known for her autobiographical novel ‘Out of Africa,’ and Thorkild Bjørnvig, a young and promising poet. Aged 63 Karen Blixen is at the pinnacle of her fame and next in line to win the Nobel Prize for literature. It has been 17 years since she gave up her famous African adventure only to return to Denmark in ruins. Devastated by syphilis and having lost the love of her life she has reinvented herself as a literary sensation. She is an isolated genius, however, until the day she lays eyes on a handsome 30 year old poet. She promises him literary stardom if he in return will obey her unconditionally – even at the cost of him losing everything else in his life. The film is a heart-wrenching story of a sorcerer and her apprentice, about how far you will go for love and art.