Speak No Evil (with English Subtitles) 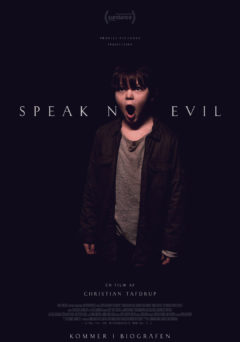 On a vacation in Tuscany, a Danish family instantly becomes friends with a Dutch family. Months later the Danish couple receive an unexpected invitation to visit the Dutch in their wooden house and decide to go for the weekend. However, it doesn’t take long before the joy of reunion is replaced with misunderstandings. Things gradually get out of hand, as the Dutch turn out to be something very else than what they have pretended to be. The small Danish family now find themselves trapped in a house, that they wish they had never entered. NB: As in the Danish version parts of the Dutch dialogue has not been subtitled – as we are suppoesed to be in the same position as the Danish protagonist, i.e. not understanding exactly what’s being said.